Where is Seal Bay

Seal Bay is located on the south coast of Kangaroo Island, about 57km from Kingscote and 88km from where the ferry arrives at Penneshaw. The closest towns are Vivonne Bay and Parndarna, the latter being the slightly bigger of the two. Apart from the Seal Bay Visitor Centre, there no other facilities at Seal Bay.

Seal Bay lies within the Seal Bay Conservation Park and also the Southern Kangaroo Island Marine Park, a protected no-take area where fishing of any kind is prohibited. This means that all of the marine plants and animals that live in the area can be conserved and protected.

Why Come to Seal Bay Sea Lions sit like this to stretch their backs

From the name you can probably guess why you want to visit here – but you would be slightly incorrect. There are no seals here at Seal Bay. What you will find though is Australia’s third largest breeding colony for Australian Sea Lions. There are about 800 of the threatened species that call Seal Bay home all year round, but at any one time there will be no more than half of them in the area. The rest are far out to sea on three-day fishing trips to feed themselves and their young.

The first thing we noticed when we arrived at Seal Bay was how hot it was. While Kingscote had a forecast of 28 degrees Celsius and it was cold and raining as we got off the ferry in Penneshaw, it was a very different story at Seal Bay. In fact it was so hot, as we asked to do a tour, they had to do a temperature check before confirming as it was very close to their limit of 40 degrees in the shade for the tours to be cancelled. It was 41 degrees on the beach, but a little less in the shade so we could still go ahead. The tour was shortened though, from 45 minutes to 30 minutes because no one wants to be on the beach for too long in those temperatures. Seal Bay is beautiful, even if it didn’t have the added attraction of the sea lions

One of the national parks rangers explained that this area is often warmer than the rest of the island as the north winds bring all the heat. It then gets “stuck” down on the beach, making it kind of like a cauldron. So be prepared when you come with sunscreen, a hat, closed in shoes (the sand is hot) and carry water with you. The first time I visited Seal Bay was when I was a kid. I remember just turning up to the beach with my parents and off we went, wandering down amongst the seals. Today the experience is very different. There is no access to the beach unless you take one of the guided tours. This is to ensure the safety of the sea lions and the visitors. The sea lion bulls can weigh as much as 400kg and can be very aggressive and territorial. Over a short distance they are surprisingly quick too, moving as fast as we can run. The sea lions also tend to come up into the vegetated area when the weather is bad or if a young sea lion is hiding from a large male, so they are not only laying on the sand near the waterline and can be easy to stumble onto. A big bull warning that this is his territory Mum and baby relaxing in the sun Looking for the best spot on the beach The guided tours run several times a day, with more tours on weekends and in school holidays to cater for the higher demand. It’s a good idea to book your tickets in advance if you are on a tight schedule or travelling during a busy period such as school holidays, especially now that Covid-19 rules have restricted the group sizes to 8 people per tour. 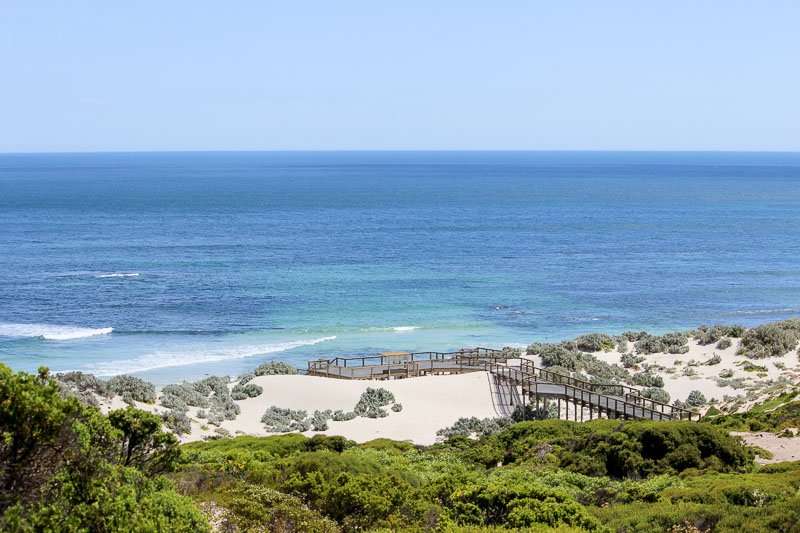 This is the platform for the guided beach tour. Visitors go from here down onto the beach

If you do not want to do a tour or do not have time to wait for the next available time slot, then it is still possible to go out onto the boardwalk without a guide and see the sea lions from above. (This is also included in your tour ticket) As you make your way down the boardwalk there are interpretive signs giving lots of information about the sea lions, their habitat, their life cycle and more. I was particularly interested in the whale skeleton I spotted on the whale down, and learned it was a Humpback Whale calf that washed up onto the beach after a storm in 1984. 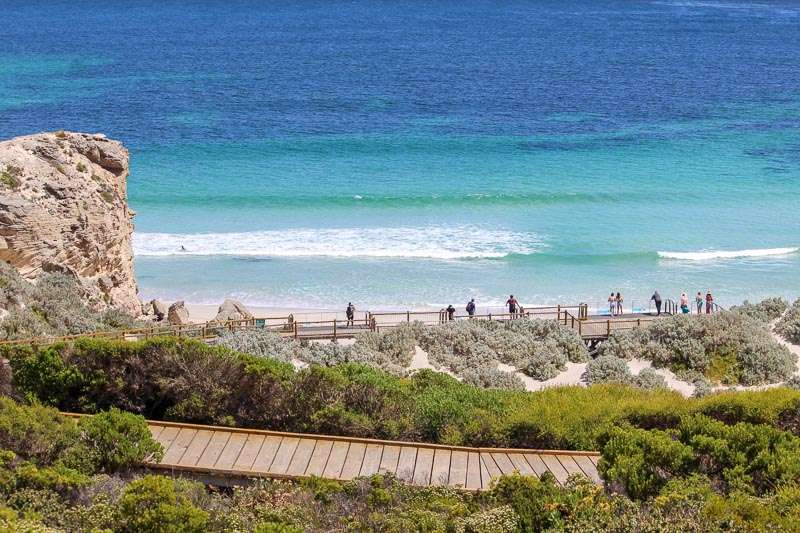 The boardwalk has great views over the beach The skeleton of a humpback whale in the dunes

The boardwalk gives a good view over the Eastern end of the beach. There were a few sea lions right in front of the viewing platform, but there were many more further down the other end of the beach. I can see it could be disappointing if during your visit all of the sea lions were further away – and of course since they are wild animals, that is a definite possibility. Surveying his territory while cooling down in the shallows Coming into the beach after cooling off in the water Sea lion pups often hide amongst vegetation in the dunes when mum is out at sea. This one came down onto the beach for a few minutes

Along with the boardwalk there is also a lookout that sits up on a nearby cliff. When up here there is a great view over the shallow waters of the bay, and it’s a great place to be able to see the sea lions playing in the waves. Their speed is incredible, and the playfulness as they surf the waves is a delight.

These two were having a great time fighting in the waves Playing in the waves When you return to the visitors centre (or before your tour if you have a few minutes to wait) take a look at the small display about the sea lions. There are pelts here to touch, so you can feel the denseness of the fur that keeps them warm. There are some of the other local sea creatures too, such as sea dragons and abalone shells.

While tickets to Seal Bay are best bought in advance to ensure your times, it is possible to purchase them as you arrive at the visitor centre too.

For guided tours (including the boardwalk) prices are (as at January 2022):

For access to boardwalk only, prices are (as at January 2022)

Almost all tours to Kangaroo Island, or tours booked on the island itself will include Seal Bay on the itinerary. Here are a couple for you to consider. 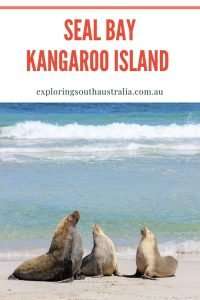 How to Plan Your South Australia Trip